My partner Miriam Garfinkle died on September 15, 2018. This is the eulogy I delivered at her memorial on October 28.


Miriam always had an extraordinary gift for bringing people together. She is still doing it today.

One thing that I always knew about Miriam is that she had amazing friends. I’ve come to realize that even more now. So many of you, family and friends, have rallied around in these difficult times.

You should know that your love was tremendously important to Miriam in her final weeks and months. And it has been just as important to me in getting through this sad time.

I think Miriam was able to connect with people so easily because she was genuinely interested in them, as individuals. She knew every person had their own story and she really wanted to know about you.

I’m basically a shy person, and it often amazed and delighted me to witness how easily she could draw people into genuine and lively conversations, even people she had never met before.

We often went out for walks, and of course we would often meet people that Miriam knew. I pretty much have to agree with Simon, who once said “My mom knows everybody.”

Back in the days when her beloved cocker spaniel Byron was still alive, our walks were often dog-walking excursions. Things would be going along nicely, from a cocker spaniel’s perspective, until Miriam met someone. Then a conversation would start, and after a minute or two, Byron would realize that we wouldn’t be going anywhere for a good long while, and he’d just give a little sigh and flop down on the sidewalk. On occasion, I would be tempted to flop down beside him.

Miriam would not only connect with people herself, she was also always connecting them with each other and telling them about things and places and people she thought they might want to know about.

And just as easily it might be an ardent description of the pleasures of swift-watching and which chimneys in the neighbourhood were your best bet for seeing chimney swifts. And if we happened to be standing near some milkweed plants, of course she’d want to show you how to look for Monarch eggs on the underside of the leaves.


Miriam had a knack for inspiring people and motivating them to do things. And I think I probably benefitted from that ability of hers more than anyone. What is it like to live with someone like that? Well, here are some of the things we did, often because she initiated them:

We walked
We ran
We hiked
We kayaked
We canoed
We swam
We skied
We snowshoed
We played ping-pong, frisbee, horseshoes, tetherball, and soccer
We flew kites
We biked
We camped; sometimes in pouring rain, sometimes in below-zero temperatures
We climbed hills and mountains
We danced
And Miriam also played hockey, skated, and ice-danced while I watched.

Sometimes it could be exhausting. It was always wonderful.


I don’t want to talk too much about cancer, but I have to say that I have never known anyone as brave as Miriam.

In the last 15 years, we made more trips to the hospital together than I can begin to count. Nine surgeries, plus biopsies, radiation, MRIs, CAT scans, bone infusions, chemotherapy, and countless appointments with specialists.

And it continued at home, with bone pain, and nausea, and neuropathy, and all the side effects that come with treatment.

And through all the pain and suffering, Miriam was still Miriam. Her spirit always shone through.

It wasn’t enough for her to stay alive, she insisted on living each moment to the fullest. When she had to take time off work back in 2007 because she was receiving chemo, she went skiing and skating between her courses of chemo, and took up painting as well.

This was someone who would announce that she was taking her camera and telephoto lens when we set off to walk to the hospital. “Why?” I asked. “Because on the way down I need to take pictures of the hawks nesting on Huron Street,” she said. And she took those pictures. Got them published too.

And at the hospital, in the chemo room, while undergoing her own treatment – and chemotherapy is a brutal, primitive ordeal that barely deserves to be called treatment – Miriam would somehow find the strength to comfort and reassure other women undergoing chemo, especially those who didn’t have someone with them to support them.


With Miriam, the personal and the political are inextricably intertwined.

When she is confronted with an issue, she speaks out and where possible she acts, preferably with other people, but if necessary alone.

She is clearheaded and courageous, and where necessary, if you’re doing something wrong, she is in your face.

When she sees railway cops manhandling someone in Union Station, she confronts the cops and demands to know what they are doing.

When an oil company plans to build a tarsands pipeline that threatens to contaminate indigenous communities and our drinking water, she is out there, protesting and organizing.

When people go to the detention centre in Lindsay to protest, on a day when the temperature is minus 25, she is out there, and at the same time she is keeping an eye on the other demonstrators to make sure no one gets frostbite.

When Israel bombs Gaza, she is always one of those organizing to take action: occupy the consulate, block the street, camp out on the sidewalk.

She acts, but she is always strategic. It might sometimes seem that Miriam involved herself in many different issues, and in a sense that’s true.

But in a deeper sense, she only had one issue: building a world based on justice and community where people live in harmony with the planet.

She was a committed socialist – sometimes she used the term eco-socialist – who was enraged by injustice and never wavered in her belief that the world had to rid itself of capitalism and replace it with a radically different society.

On the website, a number of people have talked about how Miriam pursued justice from a place of love. As Nanky said, “you taught me through your actions just how and why building honest authentic relationships is a necessary and central aspect to any and all struggles for justice.”

Miriam always managed to balance her anger and her fears about the world with joy and a passion for life. Cathy Hardill has quoted what Miriam said to her in an email: “The world is a mess and yet we have to find a way to live in it.”

The way that Miriam found involved a lot of laughter. When I read what people wrote about Miriam on the website, one of the things that most struck me was how many of them referred to her laughter. I counted: 21 people mentioned it.

I was lucky enough to hear a lot of Miriam’s laughter, and it always made me happy.

As many of you know, our lives intersected for many years. Miriam was 19 years old when I first met her and we became friends, and she was in her forties when we finally got together as a couple.

What strikes me about those 45 years of knowing her is how consistent she was from the beginning, in her principles, in her clearheadedness, in her empathy and compassion, in her anger at injustice, in her passionate commitment to changing the world.

In fact, if anything changed in the years we were together, it is that her spirit and her true self came out ever more strongly, and she became more and more herself. And for that matter, I think that thanks to Miriam I became more myself.

Miriam had a tremendous ability to encourage people to meet their potential, and I think there are many of us in this room whose lives are richer because of her. 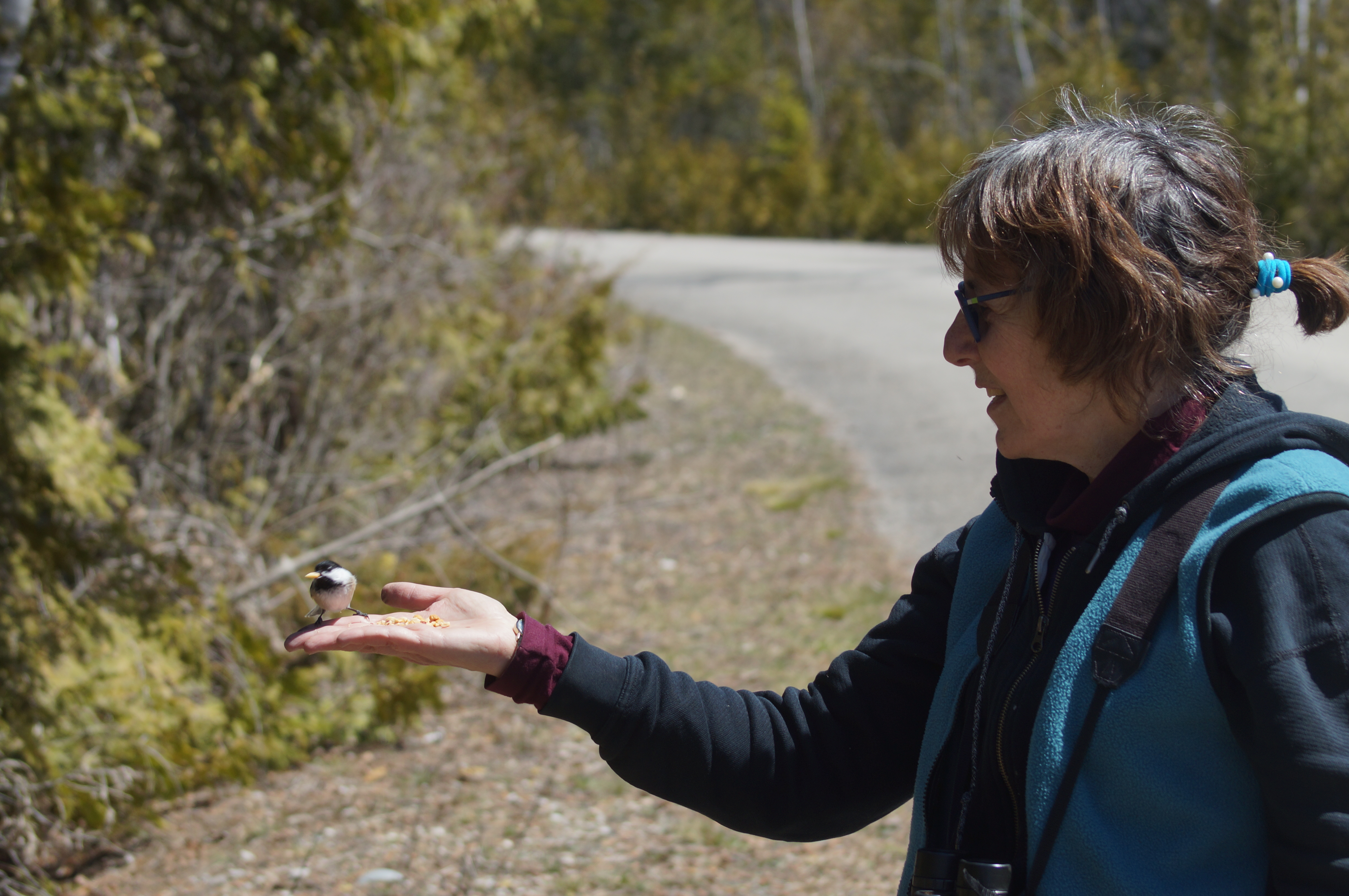 As most of you know, Miriam’s way of living involved spending a lot of time in the outdoors.

You may not know that it also involved bringing the outdoors indoors.

For example, Miriam always wanted our bedroom window open at night, regardless of the weather, because she loved to feel the breeze coming in.

She also always wanted the door from the sunroom to the backyard at least partly open, no matter what the weather. Occasionally, I’d try to persuade her that we should shut the door. “But Miriam,” I’d say, “it’s minus 10 outside.” “Yes,” she’d say, “but there is such a nice breeze.” For Miriam, anything from a desert khamsin to a polar vortex was a breeze to be enjoyed.

We hiked a lot, and Miriam never wanted to stop and turn around to start heading back to our starting point. She always wanted to go a little further, just to the next hill, or the next turn in the path, and then the next turn after that, just to see what lay beyond.

She loved being alive, and she threw herself into every experience, new ones and familiar ones.

I think she always had a sense, probably having its roots in the trauma of losing her mom to cancer when Miriam was only 20, that life is short and that each moment is precious.

If she had a motto, it would probably be “seize the moment, because this moment will not come again.”

I have a memory, one of many like it, of coming home early one evening and telling Miriam that the supermoon, as they were calling it, was just rising.

A second later, and I mean literally a second later, Miriam is calling out “Come Leah, we have to go look at the moon” and the next thing I see is the two of them flying down the street to Christie Pits where you can get a good view of the rising moon.

She was not one to waste a minute — though of course we could spend endless amounts of time in a forest or in a canoe, in no hurry to go anywhere, listening to the sounds of the birds and frogs.

Because those minutes are not wasted — they are what life is all about.

Miriam’s instinct to seize the moment applied as much to the project of changing the world as it did to embracing pleasure.

I was moved by the moment that Sarah Vance describes, when she tells how they ran into each other after each of them had undergone cancer treatment. As Sarah describes it, “She smiled at me with such warmth, looked me in the eyes and said, ‘Look at us! We are ALIVE.’”

And, as Miriam says, in an interview about her political work that Michael Riordon posted on the website, where she talks about our duty to work for a better world: “All there is, is us. There is no one but us to do this.”

I think she’d want us to remember, when we leave here today, not only that we are alive, but why we are alive.


Miriam has left each of us with our own memories and emotions, some of them exclusively our own, and others which we share.

I too am left with my own emotions, yet I think I share them with most of the people in this room:


I love you, Miriam.

I miss you terribly.

And I am so glad that you were part of my life. 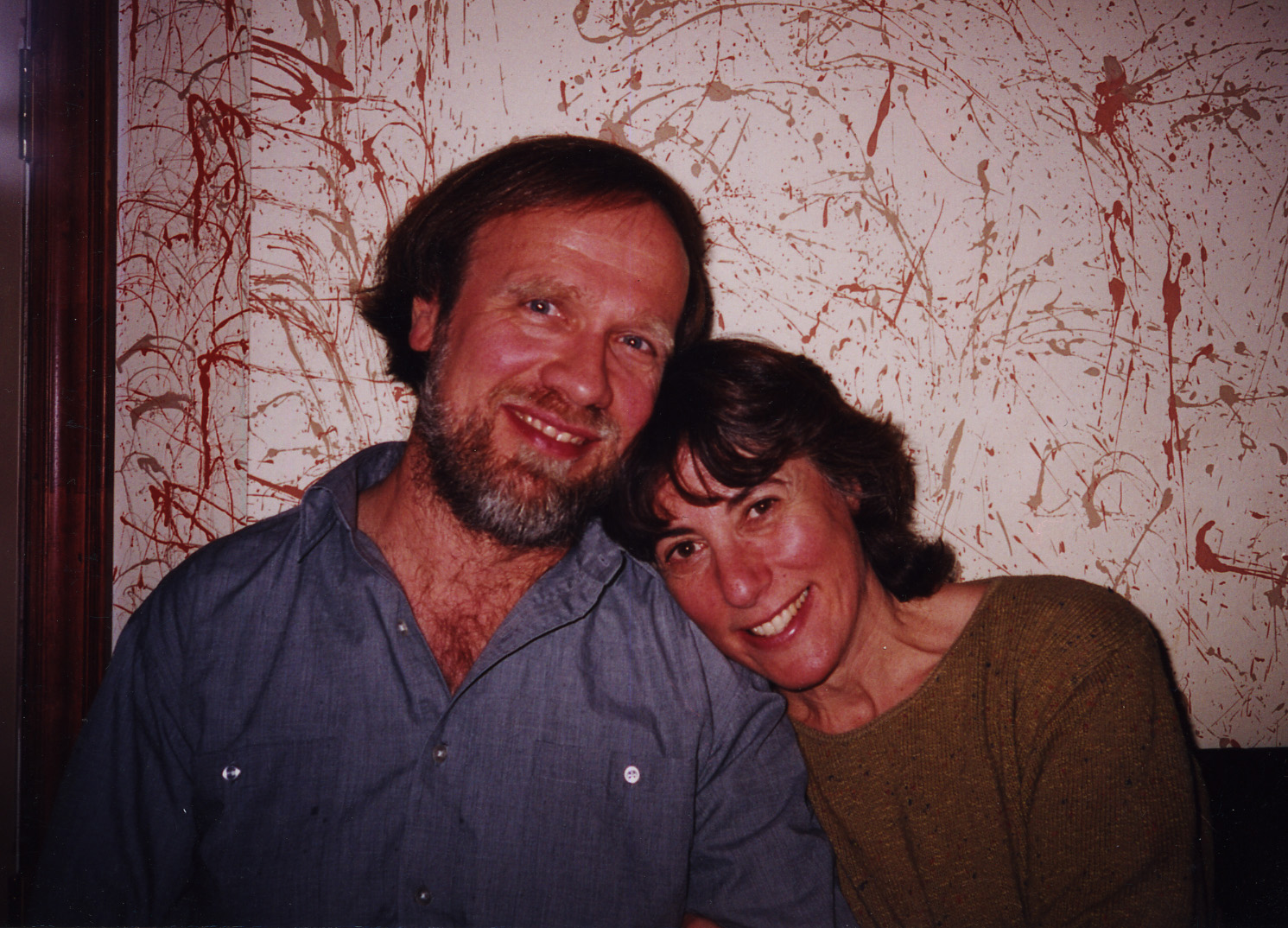