Libertarian socialists hope to bring about a fundamentally different world, one in which capitalism, which distorts and destroys human lives and the planet we live on, is replaced by a free and truly democratic society. Libertarian socialism seeks to expand the realm of freedom to the greatest possible extent in creating a society based on cooperation and mutual aid.
Libertarian Socialism

Marx was relentlessly critical, always seeking new knowledge and deeper understanding, never feeling that his own understanding of any subject was adequate – hence his well-known difficulties in finishing any work because he was never finished investigating the subject matter in its infinite ramifications. It was Marx who scoffed “I am not a Marxist” and who said that “Since it is not for us to create a plan for the future that will hold for all time, all the more surely what we contemporaries have to do is the uncompromising critical evaluation of all that exists, uncompromising in the sense that our criticism fears neither its own results nor the conflict with the powers that be.”
On Rosa Luxemburg

We don’t know if we’ll win: history is made by human beings, and where human beings are concerned, nothing is inevitable. But because people do make history, we know that it is possible to build a new world, and we strive to realize that possibility.
What is Libertarian Socialism?


Radical Digressions (www.diemer.ca) is my personal website. My “notebooks” form the main part of the site. Arranged in chronological order, with the most recent on the home page, they comprise a mixed bag of notes, letters, pictures, short articles, book reviews, and other writings. Where articles are too long to fit into the notebook format, the first few paragraphs are included in the notebook, with a link leading to the rest of the article. The site also include a potpourri of other stuff, including photos, quotes, lists of books I’ve read, films I’ve seen, and websites I like. There are also links to publications that I have edited or written for,

To help you explore the site, there is a (partial) list of my articles here, as well as a more comprehensive A-Z Index, and a Subject Index. Some miscellaneous items can be found in the “Attic”. Some of my articles are available in languages other than English. There are separate lists of German, French, and Spanish articles. For other languages, check the “Other Languages” index.

I live in Toronto, where I am member of Connexions (www.connexions.org), a left-wing information project dealing with social justice, human rights, civil liberties, ecosocialism, radical political theory, and libertarian socialism, as well as many other topics. Connexions features an extensively indexed online library, a directory of progressive groups and websites, and an event calendar.

I also work with the Connexions Archive, a physical archive of documents and books, created to preserve the history of grassroots movements for social change. Most of the collection comprises English-language materials from Canada from the 1960s to the present.
Among my responsibilities at Connexions is editing the Other Voices newsletter, which is available on the website and free by email. Working with some excellent computer programmers, I designed and created the Connexions Subject Index and the search engine, which are designed to help users to find, not only what they are looking for, but things they didn’t know they were looking for.


My politics: I am a libertarian socialist. My goal is the end of capitalism and its replacement by socialism, ‘an association in which the free development of each is the condition for the free development of all.’
Socialism is fundamentally about expanding the realm of freedom to the greatest possible extent. It requires ridding the world of capitalism, which crushes human lives and potential while increasingly threatening the planet. The malignant heart of capitalism is capital, so ending capitalism means eradicating capital. Social reforms, no matter how valuable and worth pursuing, cannot in themselves defeat capitalism. That requires a revolution: the overthrow of the rule of capital and the state forms through which it rules. Revolution can take many forms, but a socialist revolution inescapably means ripping off the straitjacket of capital’s political and legal structures. Capitalism’s contradictions are pushing us down the road to destruction. We have to end it before it destroys us. 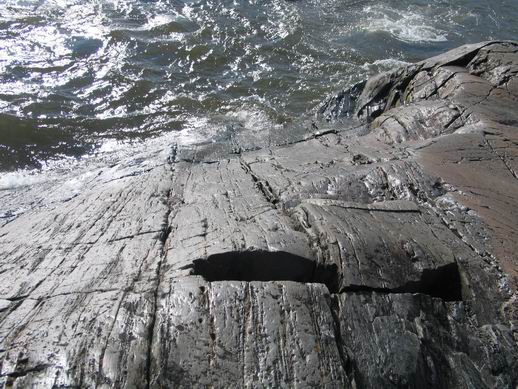